You are here: Home / Blog / LEARNING HOW TO CHANGE BEHAVIOUR

This week for a bit of a change Love Your Gut handed over the reins of our blog to Dr Tom Smith who works at CORE, one of Love Your Gut’s partners. Tom takes us through his thoughts on how we can change behaviour,  particularly to reduce ‘lifestyle’ illnesses to help minimise the strain on the NHS. 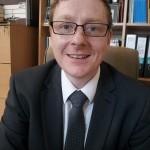 ‘For years now a debate has rolled on about how the NHS might rebalance treating sickness with a duty to promote health, having traditionally focused much more on the former than the latter.

The argument for change is that mainly treating sickness with fewer resources targeted at causes will eventually bankrupt the system, particularly when ‘lifestyle’ illnesses are on the increase such as obesity and alcohol related illness. The challenge is to change the way we deliver care and, if possible, to change social behaviour.

Debate has heightened in the last few years because of the financial crisis sharpening the problem and some agreement that the NHS will only continue by at the same time working to change behaviour.

You may have seen examples of the NHS beginning to experiment with a series of adverts promoting awareness of symptoms related to bowel cancer. The message was that the earlier a problem is caught the easier it is to treat effectively. Interestingly, the campaign seemed aimed at men who are thought to ignore symptoms for longer and are harder to reach.

A further extension of this approach is to teach patients with conditions how to manage them, to become experts in their own conditions, able to seek help when needed.

Both innovations are about getting people to engage with the health system in more proactive ways but are only the beginnings of learning how to intervene to prevent debilitating and costly illness.

The great challenge is how to improve knowledge in the general population. While the need to do this is supported both by logic and evidence the challenge is how? Where to start? Who to target? We need to learn more about ways of changing behaviour.

I don’t know the answer but I am interested in the question.

When I was studying for a PhD part of the mandatory training was to learn about statistical analysis. As a more ‘humanities’ type person I found the training a real challenge, but gained so much new ways of looking at issues from a statistical vantage point.

One of the exercises we undertook was to explore an OECD dataset on health outcomes around the world, together with some key social and economic data from the same countries. Using statistical methods we looked at which of the many variables had the biggest influence of a country’s health status. The answer was a real surprise. According to our dataset the biggest influence on health is ‘the female literacy rate’. It may seem an oddly human answer to a statistical question but it holds up well to cursory scrutiny.

Women tend to be more interested in health than men and are often key conduits for the transition of information. It suggests that the greater the knowledge of women in communities, the better the health of those that live around them.
.
Maybe the policy lever we should be looking at is how to better utilise this insight, which is statistically as valid in Britain and the US as in less developed countries. It is an interesting idea to explore.’