How can we keep our resolutions in 2010?

First of all, a very Happy New Year to all Love Your Gut followers. Hopefully the festive season was happy and restful and back into the new year – and new decade – with a bang.

Did you make any resolutions? Have you broken any yet? Well if you have it’s not a massive surprise as according to Yakult research carried out last year, 5 million Brits broke their New Year resolutions. Are we being unrealistic or are we starting too early?

Well a bit of both is the answer. Physically and mentally our bodies need time to recover from the festive activities and also going back to work can be a bit of a struggle. Experts actually estimate that the best time to start is a couple of weeks into the New Year. 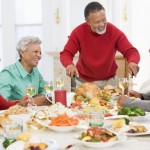 According to the research, 52% of people confess to eating more than they do normally over the Christmas period, resulting in almost a third of us suffering from a digestive complaint.

Love Your Gut supporter and gastroenterologist Dr Simon Gabe says: “Digestive problems over Christmas are very common and can occur for a variety of reasons such as dietary changes, stress and gastroenteritis. Infections such as salmonella can and do occur from undercooked turkey, but it is more likely that symptoms suffered are due to a combination of dietary changes and stress.

So if our bodies have taken a battering over the Christmas period we need to ease them gently into the new diet and exercise plans we may have. Rushing into overdrive is only likely to force us into quitting, so we need to think about ways of making changes, small steps, bit by bit.

If you’re faced with a massive task, at work or college, looking at it as one massive task can be depressing and make you want to put things off. The same can be said with weight loss. You may want to lose a stone, but setting small, realistic stepping stones can help with that achievement. And don’t forget to reward yourself. If you’re getting up early to do extra exercise, allow yourself a lie in once a week too. You’ll know you’ve deserved it.

So what targets have you set yourself for 2010? I’ve set some health and lifestyle challenges and would be interested to hear what you’re doing and how you’re getting along. We’ve got about eight months until Gut Week so lets see what we can do between now and then! Good luck!