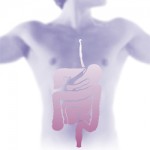 MYTH: “Tongues can be mapped into different taste areas”
Scientists no longer demarcate the tongue’s surface into areas detecting a particular taste—sweet, sour, salty and bitter.  Five basic tastes have been identified so far, each individual taste bud has between 50 and 100 receptors for each taste, so the entire surface of the tongue can sense all of these tastes. The fifth taste, is called “umami” from the Japanese meaning savoury.

MYTH: “Stress causes stomach ulcers”
Ulcers in the stomach and duodenum happen when naturally occurring acids break through natural defence systems and eat into the lining tissues. This can be caused by an infection from the bacterium Helicobacter pylori, or damage from non-steroidal inflammatory drugs (NSAIDs), such as aspirin and ibuprofen which, if over-used, can attack the stomach lining.