You are here: Home / Blog / Scents and smells… 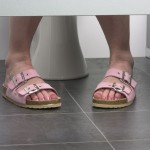 The interplay between our sense of smell and our digestive systems begins even before we start eating…and continues long afterwards.

Something smells nice
The smells of food being prepared trigger the brain to send signals to the gut to receive the anticipated meal – the mouth waters and down the length of the gut enzymes are prepared that will be needed to digest the meal.

Toxic waste
Over 90% of wind from the bowels is made up of five gases – nitrogen, oxygen, carbon dioxide, hydrogen and methane: the remaining 10% contains small amounts of other gases, but the tiny quantity of hydrogen sulphide (H2S) makes the biggest stink, a characteristic ‘rotten egg’ smell. It’s not just smelly, it’s actually as toxic as hydrogen cyanide. (Luckily, beneficial bacteria in the gut detoxify most of the H2S generated by digestion, so human gas is not actively dangerous, just unpleasant!)

Smells in the bowl
Bacteria in the large intestine are to blame for making wind and stools smell unpleasant. But while certain foods and drinks may make you emit more gas, others definitely make waste more smelly. Preservative-rich highly processed food and also high protein foods such as red meats, are rich in sulphur compounds which can produce nasty hydrogen sulphide gas.

Smells of danger
Fatty stools that are difficult to flush away – steatorrhoea – smell particularly bad. They could indicate an excessively fatty meal, but occurring frequently they could also show difficulties breaking down and absorbing fat that may have a number of causes. It could signal a disorder of the pancreas, which normally produces lipase, a fat-processing enzyme; or of the liver which manufactures bile salts.