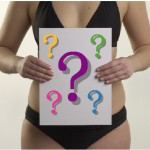 Don’t be embarrassed by rumbles and growls from down below—celebrate! They’re signs of a digestive system functioning properly. Here, we decipher exactly what those common digestive noises actually mean…

Burping
Burping—or eructation—is air escaping from the stomach or oesophagus. We swallow air with each mouthful of food or drink. Most gases are absorbed into the blood and passed out in breath. But some bubble out in a burp. Burping three or four times after a meal is about normal. Aerophagy, or chronic repetitive burping caused by air being sucked repeatedly into the gullet, has little to do with eating but may be linked to anxiety.

Rumbling tummy
Borborygmus (plural borborygmi)—or a stomach rumble —is the noise made by gas and fluids moving around the gut. If you’ve not eaten for a few hours, stomach contractions slosh digestive juices into the intestines and this, combined with intestinal movements, makes gurgling sounds.

Noises after eating
Partly-digested food entering the small intestine is processed by bacteria that break it down further. A by-product is gas that can cause a gurgling or popping sound from the abdomen. The more noise, the more gas in the gut —but this is a normal part of the digestive process.

Breaking wind
The intestines collect pockets of gas from the gut bacteria’s degradation of food. Up to two litres of wind—scientific name flatus— escapes through the average anus daily. Noises occur as the air is forced out of its exit point under pressure, making buttock flesh vibrate a little along the way. Normally wind escapes 14—23 times a day although some foods (brassicas—cabbage, parsnip, turnip, swede, Brussels sprouts, broccoli) are enthusiastically fermented by bacteria in the large intestine causing extra emissions.